In June 2013, the Occupational Safety and Health Administration (OSHA), issued the final rule on the exemption for Digger Derricks under OSHA’s Cranes and Digger Derricks in Construction (29 CFR 1926 Subpart CC). The original rule had put what was deemed “a burden” on the telecommunications industry as most of their tasks were covered in the original exemption, but a percentage of their routine tasks seemed to be left out of the exemption. 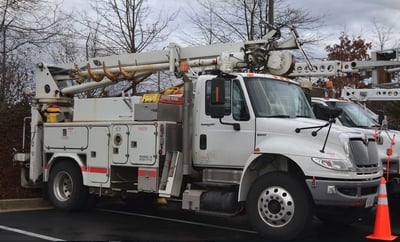 While the exemption did cover the bulk of their tasks including pole installation work, the rule fell short on other common activities associated with power transmission and telecommunications. The clearest problem with the exemption was the fact that once the pole is installed, there will possibly be a need to prepare a pad and install a transformer.

It should be noted that OSHA recognizes the exemption only applies to work subject to the electrical-power and telecommunication regulations (29 CFR 1926 Subpart V). Activities such as constructing  a building, building a foundation or erecting structural components at a substation BEFORE the installation of electric power-transmission or power distribution equipment is NOT exempt and the operator would need to be certified in accordance with 29 CFR 1926.1427.

Essentially, OSHA had made the exemption under the original rule exemption (November 2012), void for the entire industry by requiring certification for what was concluded to be “5% of their work activities,” and placing $21.6 million compliance burden on the industry and their consumers.

With the June 2013 revision, OSHA found no evidence that the additional tasks caused any additional significant risk to the workers or the general public and would remove the compliance burden for the industry.

Sitting at the forefront of compliance, ITI and the Training Solutions Team have fielded dozens of calls over the past few months as the OSHA rule for Cranes and Derricks is scheduled to go into effect in November 2017, (Note: as of June 2017, a one year delay has been proposed making the target date November 2018). Many conversations have been with utilities, power transmission, and telecommunications employees. While almost all are aware of the original exemption, the Training Solutions Team found few who fully understood the June 2013 revision.

Many of the inquiries about the Digger Derrick exemption have resulted in advising others to seek additional certifications to stay compliant. Once the Digger Derrick operator participates in any construction activities outside of the stated exemptions for the telecommunications/power transmission industry, then his or her requirement is to be nationally certified,in line with all other mobile crane operators conducting construction related activities.

While the Digger Derrick exemption is current, whether or not it will still exist in the November 2018 final rule under OSHA’s Crane and Derricks Under Construction is uncertain at this point. There is nothing to indicate that this exemption will not still be in place, but it is still unknown exactly how the final rule will read in November and how the industry will be effected. Stay tuned...

Contact an ITI Training Solutions Advisor if you have any specific questions about the OSHA’s Final Crane Rule and how it can affect your organization by calling 800.727.6355 or via email at info@iti.com. 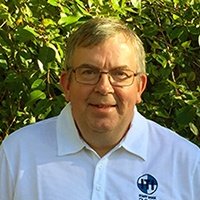 How to Comply with Certification Requirements Until the New Final Rule Comes into Effect Following up on a published notice ...
Start Reading
Kyle Mumford Jan 2, 2020 9:45:00 AM 5 min read

OSHA has released anticipated regulatory changes as a part of the Fall 2019 Unified Agenda of Regulatory and Deregulatory ...
Start Reading