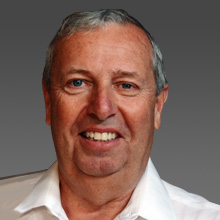 Mr. Mahnke is an accomplished engineer and executive in the specialized rigging and transportation industry. In 1991 Mr. Mahnke and business partner Tim Sittler founded ETARCO in Ontario which specialized in rigging and transport projects. The company gained an incredible reputation and was eventually acquired by Van Seumeren, and merged with Mammoet. Both Mahnke and Sittler continued working for Mammoet for several years until Mr. Mahnke left to pursue other interests (Mr. Sittler completed his career at Mammoet Canada Eastern after serving as Managing Director until 2014).

Mr. Mahnke founded another company in 2011 building hydraulic skidding systems and other industrial rigging systems. Hydra-Slide (www.hydra-slide.com) has grown quickly to become a market-leader in this space making high quality systems affordable to all who conduct industrial rigging.  A Mechanical Engineer, Mr. Mahnke is never short of ideas and the business acumen to bring them to fruition.