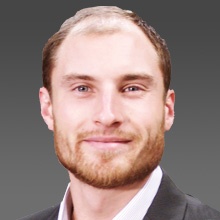 Mr. Parnell is a Professional Engineer who, after graduating from the US Military Academy at West Point, served five years in the US Army before joining ITI in an effort to support its Field Services Division and develop the Fundamentals of Rigging Engineering Program. As a Project Manager for Barnhart Crane & Rigging, Mr. Parnell works with operational teams to execute crane and rigging projects throughout the Northwest United States for construction, energy, power generation, and various other industries.

Mr. Parnell served as Project Manager for the development of this Program and provides instruction in the following course: