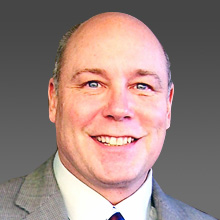 Starting in 1979, Mr. Parnell enjoyed time with Wire Rope Corporation of America (now WireCo World Group) and River Rigging before he founded Wire Rope & Rigging Consultants in 1986. The company was renamed Industrial Training International in 1995 due to the diversified courses the company developed into cranes, load handling, and inspection domains.

Mr. Parnell achieved the status of Eagle Scout by the early age of 14. His determination and desire to help others has provided him the opportunity to help thousands of organizations with their training needs. Mr. Parnell was elected to spearhead the newest ASME standard on lift planning, P30, in 2013 which led to Engineering-News Record (ENR) magazine's award of Top 50 Newsmakers of 2013. Mr. Parnell humbly accepted the award explaining that there were dozens of other members and contributors to the Standard making it a success.