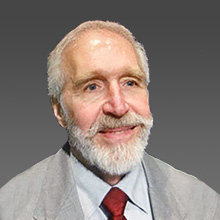 Mr. Kohner is an incredibly well-regarded engineer who has provided consultancy to crane and rigging users for nearly 20 years since he began Landmark Engineering in 1987.  Prior to becoming a leading industry expert, Mr. Kohner served American Hoist & Derrick Co. from 1970 until 1986, in roles of Chief Engineer of Current Products & Applications, and Chief Engineer of Mobile Crane Applications.

A Charter Commissioner of the National Commission for the Certification of Crane Operators (NCCCO), retiring in 2014 after nearly 20 years of service, Mr. Kohner has provided his expertise also to the SC&RA, National Academy of Forensic Engineers (NAFE), and ASME among many other national organizations.