81% of Rigging Accidents Involve Synthetic Slings According to Attendees 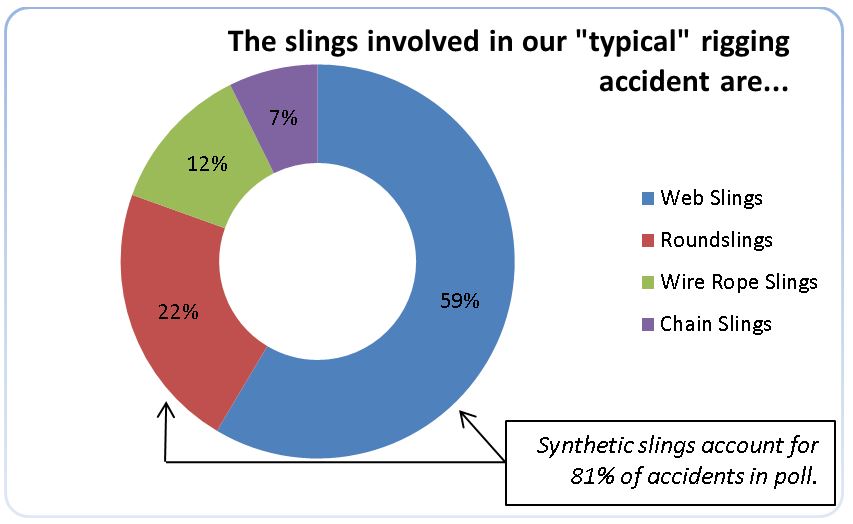 Also, 34% mentioned their organization had "inadequate sling protection" or none at all.

In the April 2013 episode of the ITI Showcase Webinar Series titled Rigging & Sling Failures: Case Studies & Solutions, 200 attendees contributed to interesting poll-question results regarding rigging accidents as they participated in the webcast on April 25th.

The ITI Showcase Webinar Series is a free, monthly webcast hosted by ITI President/CEO Mike Parnell.  Mr. Parnell, ASME B30 (Cranes & Rigging) Vice Chairman and P30 (Lift Planning) Chairman, and his company have conducted more than 60 accident investigations over the past 25 years and presented several case studies in this month's webinar describing the prevalent patterns in rigging accidents.  (To access the presentation file or watch the recorded webinar visit https://www.iti.com/resources/webinars/archive).

A stark similarity between both ITI and attendees' experience was found in the first poll question.  During ITI's research, 87% of rigging accidents had involved synthetic slings. The webinar attendees demonstrated that in their experience, 81% of accidents they had observed involved synthetic rigging.  The presentation made clear that synthetic sling accidents, typically categorized by cutting or abrasion, are due to the lack of sling protection utilized during a lift. 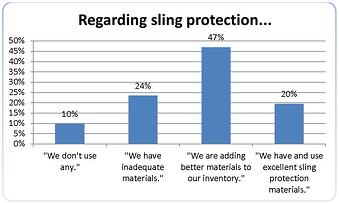 When attendees were asked about their organization's use of sling protection, 34% affirmed that they "have inadequate materials" or "don't use any" at all.  In ITI's accident investigation experience, as communicated by the presentation, this has been a leading cause of the synthetic sling failures.

Mike reminded attendees of ITI's sling protection maxim, "If you have a synthetic sling in your right hand, you should have sling protection in your left."  The webinar makes it clear that the nature of the type of rigging does not heighten or lower the risk, what really counts is the degree to which users are knowledgeable and competent to complete their lifting activities safely.

Download the PDF Presentation File and Watch the Recording Now

showcase, iti webinars, News, Industry Insights
Royal Dutch Shell Finds Favor in ITI in the USA and Canada
“More people are hurt during the crane recovery process than during the accident” – Joe Collins 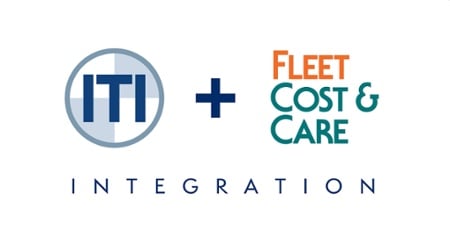