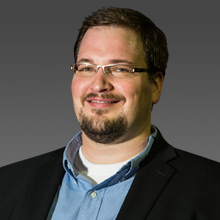 Brandon Hitch joined CICA in October 2011 as the CraneSafe engineer.  In 2012 Brandon was promoted to CraneSafe General Manager overseeing the technical and day-to-day operations of the CraneSafe program.  In December 2014 Brandon has been appointed as CEO of CICA following Alan Marshall’s retirement.   Prior to joining CICA Brandon held a position as senior engineer with Cargotec Australia working on their Hiab and Kalmar load handling equipment.  Brandon is originally from the Chicago area where he worked for the past 10 years in the automotive and heavy trucking sector with emphasis on structural and chassis design.

Brandon resides in the Melbourne area with his family.