On June 6, 2017, OSHA (via the Federal Register), announced that the Advisory Committee on Construction Safety and Health (ACCSH), will hold a teleconference meeting on Tuesday, June 20, 2017. The purpose of the meeting is to consider a proposed extension to the enforcement date of OSHA’s ballyhooed crane operator certification requirement in the Cranes and Derricks in Construction Standard. The proposed extension is for one additional year, with the final crane rule going into effect November 10, 2018. OSHA’s proposal effects the existing employer responsibility to ensure that crane operators are “trained and competent,” with the employer duty also being extended until November 2018.

The ACCSH will meet via teleconference from 1 PM to 5 PM ET, on June 20. The deadline to submit request to address the ACCSH meeting has passed, however, the teleconference is open to the public. The access number is 1-888-604-9368, and the passcode is 8521818.

The tentative meeting agenda will include:


The ACCSH is an advisory group formed in congruence with what is commonly known as the “Construction Safety Act.” The purpose of the committee is to advise OSHA’s Assistant Secretary when it comes to establishing construction standards and policy of construction which involves federal bodies. Per 29 CFR 1912.3, ACCSH is made up of fifteen members, and meet for one to two days, two to six times per year:

In a statement submitted to request time to address the June 20 ACCSH meeting, National Commission for the Certification of Crane Operators (NCCCO), CEO Graham Brent, noted, “NCCCO understands that the extension to the enforcement date that OSHA seeks would allow time for the Proposed Rule that OSHA has reportedly completed—but that has not yet been published—to complete its journey through the regulatory review process and to be published in the Federal Register for public review and comment. This Proposed Rule, it is understood, would clarify the role of certification in employers’ efforts to ensure their employees are qualified, and remove the requirement that crane operators be certified by capacity as well as by type of crane.”

Michael Eggenberger Sr., Crane Safety Manager at Bay Ltd., and a past member of the ACCSH work group committee (1999 - 2002), also requested to address the meeting, citing he would like to revisit public comments submitted as far back as 1992, in regards to the Final Crane Rule.

The full published document from ACCSH is available via the Federal Register here.

General information on Cranes & Derricks in Construction from OSHA is available here.

Contact an ITI Training Solutions Advisor if you have any specific questions about the OSHA’s Final Crane Rule and how it can affect your organization by calling 800.727.6355 or via email at info@iti.com. You can view ITI Crane Training Options Here. 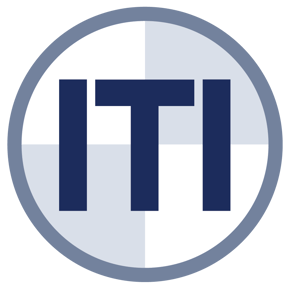 A highly speculated and heavily discussed topic was made official on November 9, 2017, as the Occupational Safety and Health ...
Start Reading