OSHA has released anticipated regulatory changes as a part of the Fall 2019 Unified Agenda of Regulatory and Deregulatory Actions. The purpose of the agenda is to provide notice to the public for actions that are likely to occur in the next 12 months.

The crane and rigging industry may see several regulatory changes in the new year. Subscribe to ITI’s e-newsletter to stay up to date on industry news and training opportunities, and to receive information on ITI’s free webinars in 2020.

Proposed Rule Stage - To Be Released in May of 2020

Items to be addressed:

“After the final rule for Cranes and Derricks in Construction was published on August 9, 2010, the Association of American Railroads (AAR) filed a petition for review on October 7, 2010, challenging certain exemptions affecting railroad roadway work. OSHA and AAR reached a September 9, 2014, settlement agreement filed with the court. The settlement agreement requires OSHA to propose a rule to expand exemptions affecting railroad roadway work by providing an additional exemption from the crane standard for a particular class of track maintenance hoisting equipment and partial exemptions from, or alternate work practices in lieu of particular requirements of the cranes standard. This final rule will address compliance concerns raised by the railroad industry.”

“The Industrial Truck Association has been encouraging OSHA to update and expand the OSHA standard to account for the substantial revisions to ANSI standards on powered industrial trucks over the last 45 years. The current standard covers 11 types of trucks, and there are now 19 types. In addition, the standard itself incorporates an out-of-date consensus standard. OSHA will begin the process to develop a proposed rule updating the consensus standard referenced from the 1969 version of the American National Standard B56.1 to the 2016 version.”

OSHA plans to update their emergency response and preparedness standards.

“OSHA currently regulates aspects of emergency response and preparedness; some of these standards were promulgated decades ago, and none were designed as comprehensive emergency response standards.  Consequently, they do not address the full range of hazards or concerns currently facing emergency responders, and other workers providing skilled support, nor do they reflect major changes in performance specifications for protective clothing and equipment. The Agency acknowledged that current OSHA standards also do not reflect all the major developments in safety and health practices that have already been accepted by the emergency response community and incorporated into industry consensus standards. OSHA is considering updating these standards with information gathered through an RFI and public meetings.”

OSHA is considering adding “computer-based controls” to lock out tag out standards.

“Recent technological advancements that employ computer-based controls of hazardous energy (e.g., mechanical, electrical, pneumatic, chemical, and radiation) conflict with OSHA's existing lock-out/tag-out standard. The use of these computer-based controls has become more prevalent as equipment manufactures modernize their designs. Additionally, there are national consensus standards and international standards harmonization that govern the design and use of computer-based controls: this approach of controlling hazardous energy is more accepted in other nations, which raises issues of needing to harmonize U.S. standards with those of other countries. The Agency has recently seen an increase in requests for variances for these devices. This Request for Information (RFI) will be useful in understanding the strengths and limitations of this new technology, as well as potential hazards to workers.  The agency may also hold a stakeholder meeting and open a public docket to explore the issue.”

OSHA is adjusting some provisions for walking working surfaces.

“OSHA has received feedback from stakeholders indicating that several regulatory provisions of the 2016 final rule on Walking-Working Surfaces (81 FR 82494) are unclear.  The Agency plans to correct a formatting error in Table D-2 and also revise the language of the requirements for stair rail systems to make them clearer and reflect OSHA's original intent.”

The above is a partial list of OSHA's agenda items. To view all of the the proposals in their entirety view the Fall 2019 Unified Agenda of Regulatory and Deregulatory Actions, and select Department of Labor from the drop-down menu.

To stay up to date on industry news and training opportunities subscribe to ITI's e-newsletter, or contact your Training Solutions Advisor at 800-727-6355. 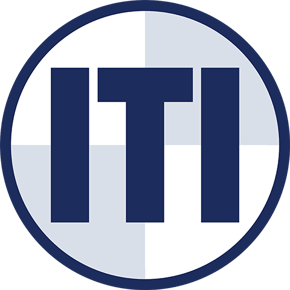 Kyle is a part of ITI's design and development team. He holds a bachelors degree in education and has multiple years of experience as a public school teacher. In his free time he enjoys reading and spending time outdoors.

5 takeaways from what was published on May 21, 2018 The Occupational Safety and Health Administration (OSHA), published a ...
Start Reading
Industrial Training International Nov 6, 2018 8:49:54 AM 1 min read

How to Comply with Certification Requirements Until the New Final Rule Comes into Effect Following up on a published notice ...
Start Reading