Unfortunately, many phone calls into ITI Field Services begins this way, “We have had an incident with a wire rope and we believe the rope failed. How do we determine the cause of failure?”

Fortunately, the calls come in because wire rope users want to determine cause of failure in an effort to improve their crane, rigging and lifting activities.

Let’s take a look at a recent case study. 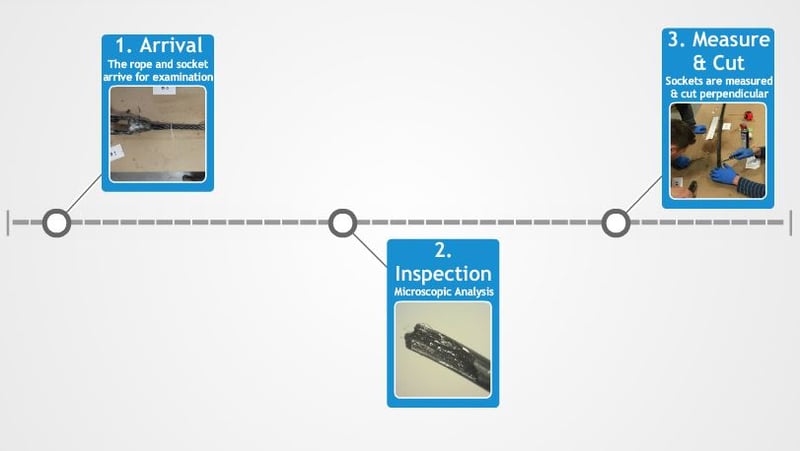 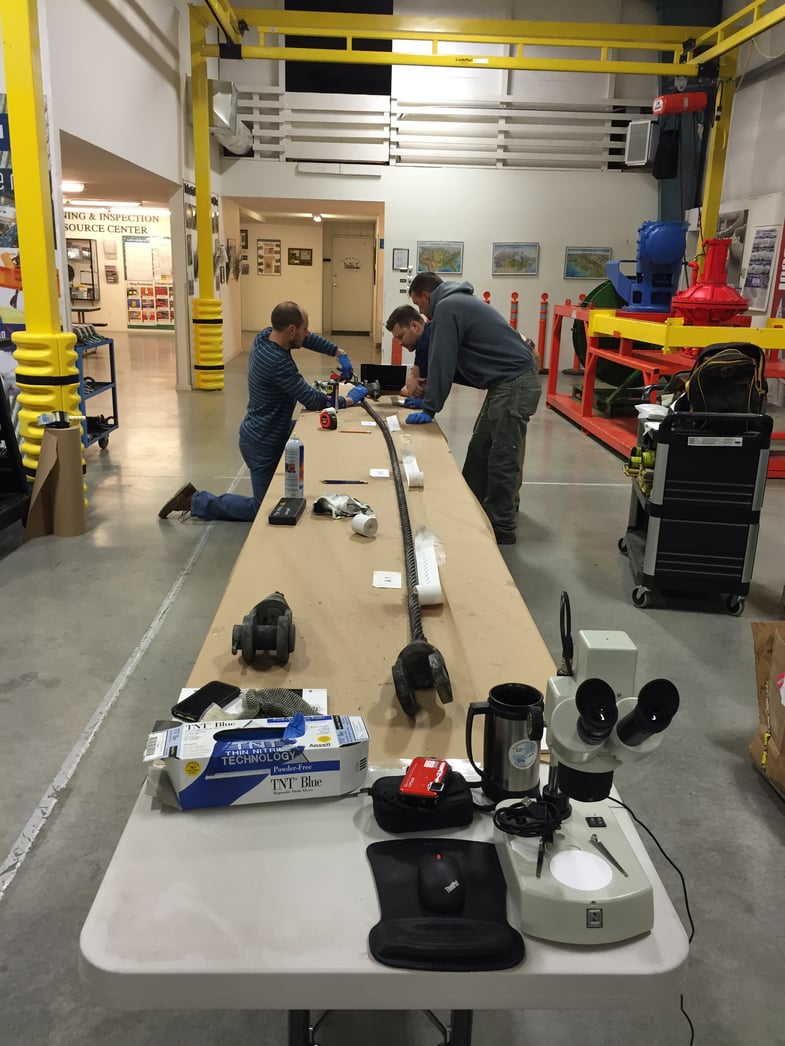 Based on the findings of the examination, fatigue-type breaks in the wires indicated that the wire rope lost significant strength due to vibration. There was no indication that the rope was overloaded. The poured sockets showed no evidence of abnormalities in the pouring method, wire zinc bonding length or the materials used in the speltering process. The conclusion of the inspection is that rope failed due to fatigue. 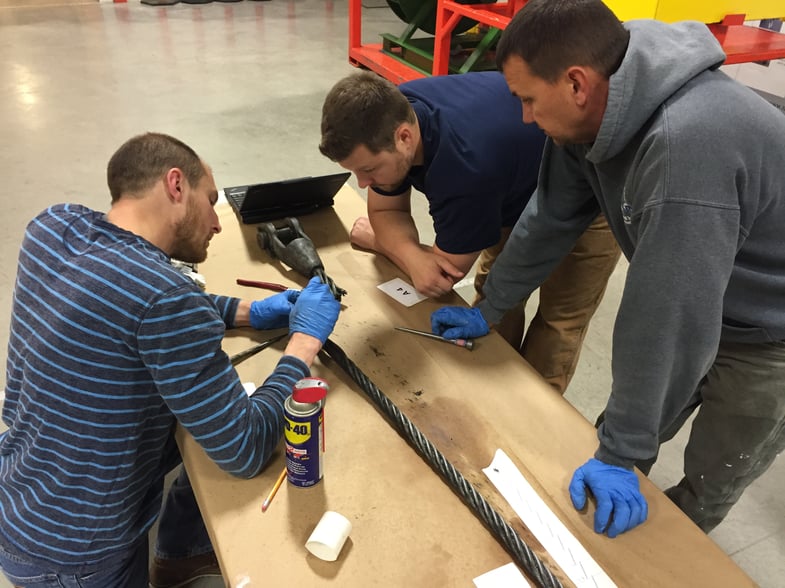 Wire rope examination is just one of the many services that is offered by ITI Field Services. ITI has some of the most highly-regarded subject-matter experts in the crane and rigging industry with experience in performance evaluations, litigation, accident investigations, manual development and critical lift planning reviews.

If you are interested in retaining ITI Field Services please click here to explain your need or call 800.727.6355 extension 4.

For bridge crane lifting applications in which the traveling block is at the same height off the floor at the beginning of ...
Start Reading
Industrial Training International Mar 19, 2018 3:57:51 PM < 1 min read

Need a quick overview on the proper inspection of a wire rope sling? How about a just a quick refresher for your team? Never ...
Start Reading